How Booking Holdings, formerly Priceline, is betting on China’s online travel market with partnerships and more than $2B in investments in Chinese companies (Stella Yifan Xie/Wall Street Journal) 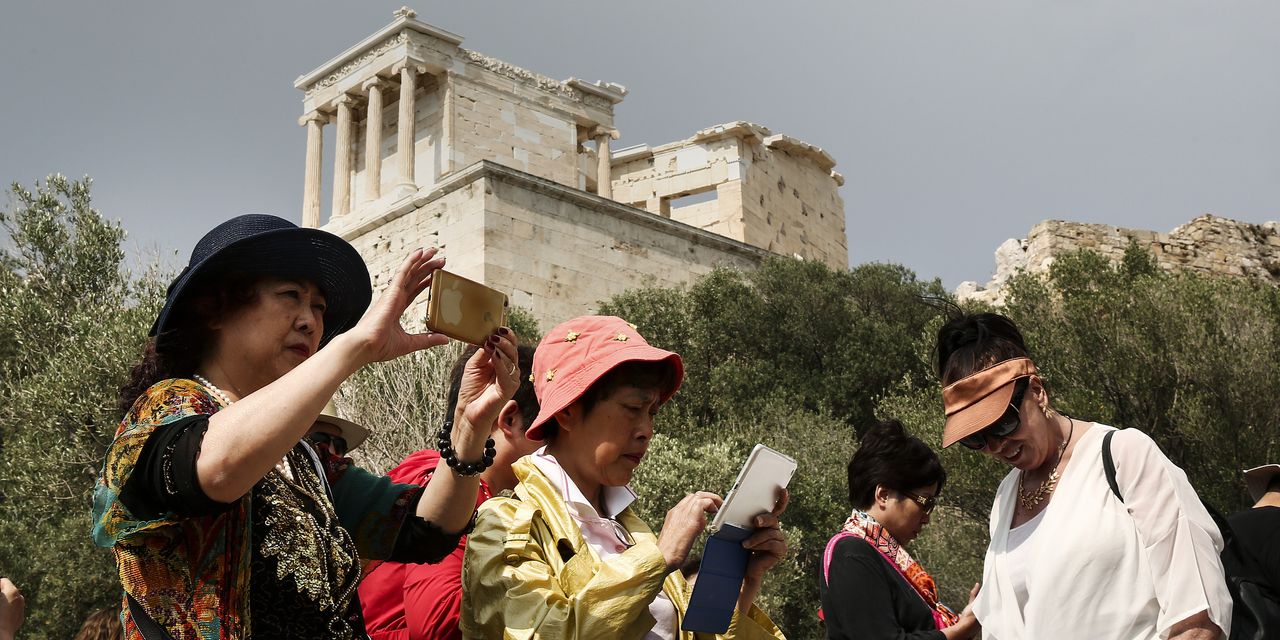 Its comeback has been spectacular, even if both its name and the name-your-own-price business model it pioneered are all but gone. Now called

it is once again one of America’s most valuable technology companies. And it is making a large bet on another frothy market: China’s crowded online travel space.

Its new name is derived from its 2005 purchase of Amsterdam-based portal Booking.com, which lists accommodations in more than 200 countries. It was the most successful in a series of acquisitions that also included booking site Agoda and travel search engine Kayak that has helped the company’s stock climb for years. Its market capitalization topped $100 billion earlier this year—up from less than $200 million in 2001. Even after the recent selloff in tech stocks, Booking is currently worth more than

, though its revenue is well below theirs.

Close to 90% of Booking’s profit now comes from outside the U.S. Over the past year, the Norwalk, Conn., company has spent nearly $1 billion on Chinese tech companies, including ride-hailing giant Didi Chuxing Technology Co. and

The spending adds to nearly $1.3 billion of investments that Booking previously made in its top Chinese rival, online travel agency Ctrip.com.

While Ctrip is established, the Chinese startups Booking recently invested in have yet to turn a profit and are burning through cash. In recent months, skepticism has set in about the valuations of public and private Chinese internet companies after they hit stratospheric levels, and a selloff sparked concerns of a dot-com bust similar to that in the U.S. two decades ago.

CEO Glenn Fogel, 56 years old, a former investment banker who joined Priceline in 2000, is leading the firm’s push into China, the world’s largest source of tourism spending, and says the stakes it has purchased there are meant to help it gain a long-term foothold in a country where people overwhelmingly scout travel deals and book hotels and flight tickets using mobile apps.

“We believe that being part of it is very important,” Mr. Fogel said in a recent interview in Shanghai. He said that while Booking wants to make a good financial return on its investments, “we are not a financial player or a hedge fund or a private-equity firm.”

“By historical standards, many valuations in China in the travel industry would appear to be high,” he said. “Then again, historically, there have been few areas like China that have the growth rates and is expected to continue have growth rates like that for a very long time.”

More than 130 million Chinese citizens traveled abroad last year, up 7% from the previous year, and they spent more than $115 billion, according to data from the China Tourism Academy, a government-backed think tank.

To get a piece of that, Booking has to rethink its marketing strategies. Globally, it has invested heavily on online marketing, primarily with Google. But while Western customers rely on search engines to find travel deals, Chinese customers tend to go directly to Ctrip or apps like Meituan to book trips. Google has been blocked in China since 2010.

Then there are the discounts. To get people to use their apps, Chinese travel agencies frequently dole out heavy subsidies. That is how Meituan and Didi Chuxing became market leaders, but it is a strategy that Booking, a listed company, may find hard to stomach or defend to shareholders.

Instead, Booking is counting partly on synergies. It is hoping to set up its Booking.com customers with ground transportation arranged by Didi Chuxing, getting its booking services in front of hundreds of millions Didi users. Under another partnership, Agoda.com will sell accommodations to users of Meituan’s app. That will help Booking reach the “middle-to-lower income” Chinese tourists that complement Ctrip’s client base, according to James Lee, a research director at Mizuho Securities U.S.A.

Such partnerships also open a global door for both Didi and Meituan, which get access to Booking’s more than 1.5 million listings world-wide.

But its China holdings also complicate the landscape for Booking. The companies it has invested in are in many ways direct competitors of Booking and its units.

Ctrip, for instance, has also waded into the global market by acquiring Skyscanner, a U.K.-based search-engine operator, and Trip.com, a San Francisco-based travel app that targets Westerners and other travelers to China. Meituan’s travel app books hotel rooms both in and outside of China and has already generated large volumes since it launched last year.

Inside Ctrip, some employees have described Booking’s tie-up with Meituan as “an extramarital affair,” according to a person familiar with the matter. A spokeswoman at Ctrip said the company and Booking continue to work together by driving customers to each other’s accommodations inventory.

Mr. Fogel uses the term “frenemy”—a combination of friend and enemy—to characterize the relationships. The global travel industry, he said, is growing faster than the rate of global economic growth. “There is still a lot of room for all companies to grow and increase share,” he said.

Gary Bowerman, a director at Check-In Asia, a regional travel consulting firm, said Booking has little choice but to partner with its rivals if it wants to expand in China. “To get a foot in the door, they have to pay big,” he said.

Other foreign travel firms previously had little success in China.

entered the market in 2005, but sold its majority stake in a domestic business a decade later after losing a price war with local rivals. It still has a small standalone business in the country.

Dara Khosrowshahi, who was Expedia’s CEO during this period, called the Chinese market the “wild. wild east” in a 2015 CNBC interview. He left the travel company to run Uber in 2017, about a year after the ride-hailing giant sold its China operations to Didi Chuxing following a costly battle for market dominance. Expedia’s current CEO, Mark Okerstrom, said at a conference in November that the company “hasn’t given up on China.”

Booking doesn’t disclose how much revenue it derives from China, where it has close to 1,000 employees and offices in seven cities. Its market share there is negligible, according to Liu Yuewen, an analyst at SWS Research.

Clouds are forming on the horizon. Slowing economic growth, the falling Chinese stock market and a weakening Chinese currency could dampen growth in tourism spending. Last month, Ctrip’s Nasdaq-listed shares lost nearly a fifth of their value after the company’s chief financial officer told investors that “macro slowdown uncertainties” could weigh on its profitability.

In addition, the country’s smartphone market is edging toward saturation, said Mr. Liu.

Mr. Fogel acknowledged that the valuations of many Chinese tech companies could be stretched, but suggested that even in cutthroat competition, companies with huge customer bases could “survive fairly well,” though he said investors should be prepared for sudden changes in the environment.

“This is the nature of markets, they always go to excesses in a way,” he said. Pointing to Priceline’s own experience over two decades, Mr. Fogel said: “Our valuation did drop precipitously but somebody who bought early and held onto it now would have a pretty good return.”