An Apple press release today looked at how teachers across Europe are using iPads to help them work with students learning a new language alongside their regular educational subjects. 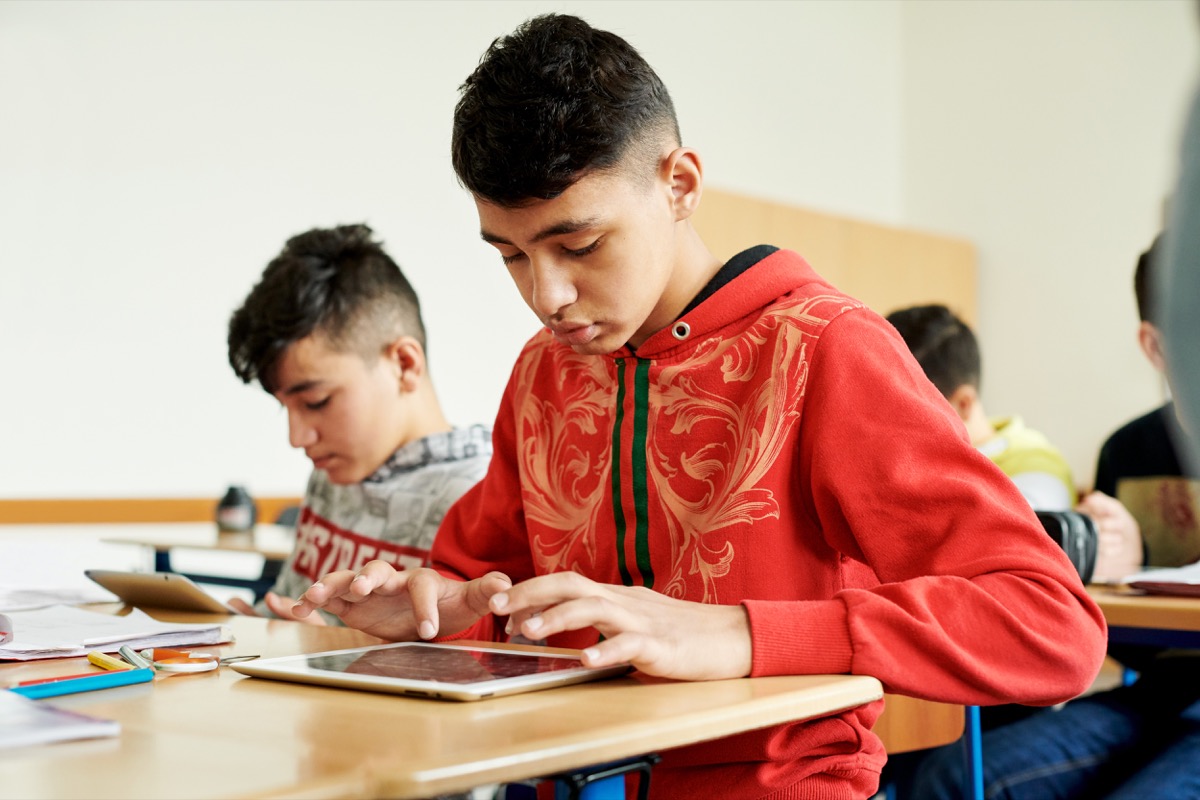 Apple chose to highlight teachers at Wilhelm Ferdinand Schussler Day School in Dusseldorf, Germany, who say iPads are allowing them to prepare written and video lessons for immigrant students from war-torn areas of the Middle East to help them learn at their own pace and consequently improve their grades.

For teacher Nick Kyriakidis, 47, and his colleague Sinaan El Haq Hadjeri, 31, who alternate teaching the class on different days, one of the most powerful tools they have to bridge potential language divides is iPad.

“Kids withdraw when they’re afraid of [making] mistakes,” says Kyriakidis. “If we try to reduce this fear, it’s much easier for them to work with us because they don’t have anything to lose.”

“With iPad … it’s different than when they write something [on paper] and I come in with my red pen and say ‘that’s wrong,'” says Hadjeri. “[With iPad] they learn for themselves.”

Since the Wilhelm Ferdinand Schussler Day School began the 1:1 iPad program, every student has had access to their own iPad, and 100 percent of participants have graduated – an increase of more than 20 percent.

Likewise, at Stenkulaskolan School in Malmo, Sweden, where 98 percent of students speak Swedish as a second language, teachers have seen an 80 percent jump in math grades since they started sending home similar instructional videos, recorded by a teacher in Swedish.

It’s a similar story at St. Cyres School in Penarth, Wales, where the 2018 senior class of “English as an Additional Language” students working with iPad increased their grades by an average of 3.8 points during the year — outperforming their peers who speak English or Welsh as their native language for the third year in a row.

Interested readers should check out Apple’s full press release, which continues a series spotlighting teachers and students using innovative technology in the classroom.

This article, "Apple Highlights How iPads Are Helping Students and Teachers in Multilingual Classrooms" first appeared on MacRumors.com