Apple this week updated its entry-level 13-inch MacBook Pro with a Touch Bar and Intel’s latest 8th-generation Core quad-core processors, and benchmarks for the 2019 model are now beginning to surface. 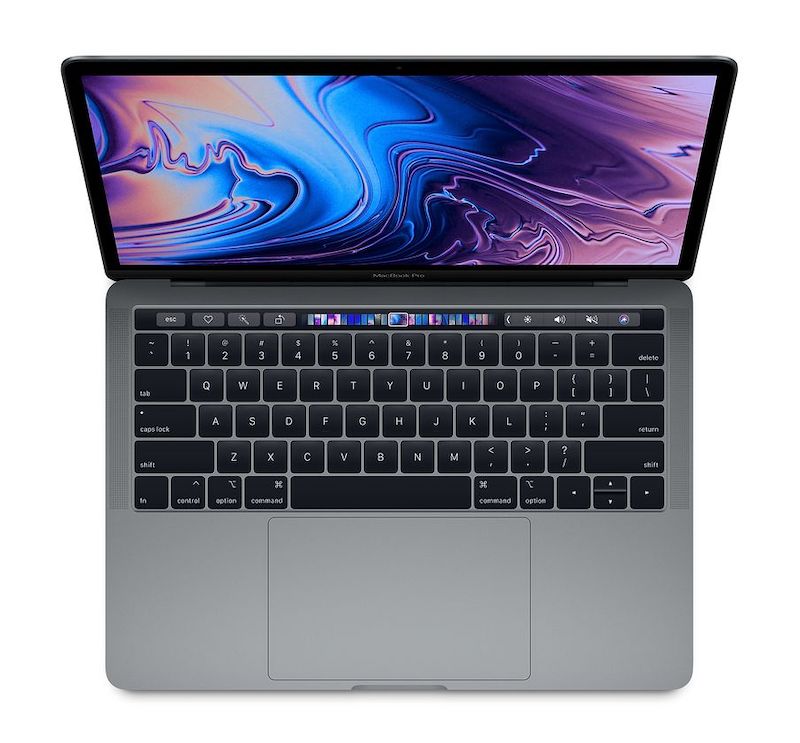 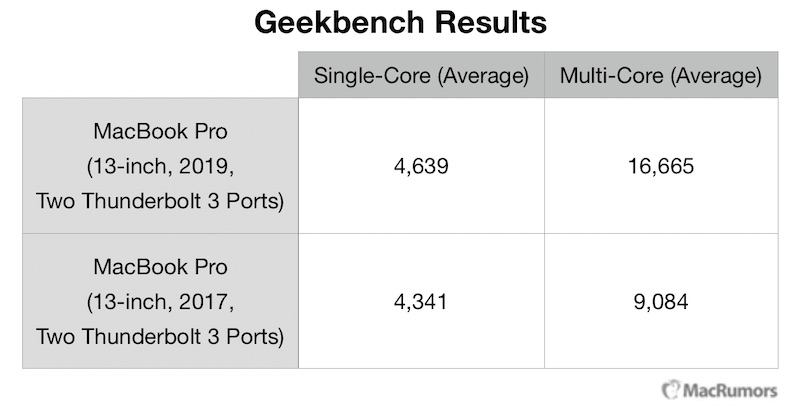 The new entry-level 13-inch MacBook Pro is powered by Intel’s Core i5-8257U processor, which appears to be a custom variation of its Core i5-8250U processor designed for Apple. The 15W chip is part of the Coffee Lake family and has a max Turbo Boost frequency of up to 3.9GHz.

The notebook can also be upgraded to an 8th-generation 1.7GHz quad-core Core i7 processor. This configuration uses Intel’s Core i7-8557U, which is likewise believed to be a custom variation of its Core i7-8550U processor, with a TDP of 15W and a max Turbo Boost frequency of up to 4.5GHz.

Only one Geekbench result is available for the 1.7GHz configuration so far with single-core and multi-core scores of 4,835 and 15,515 respectively. There is room for variance here as more results come in, but this would be a performance increase of up to around 60 percent compared to the equivalent 2017 model.

Apple advertises the new entry-level 13-inch MacBook Pro as “two times more powerful” than the previous generation. The benchmarks approach this at up to 83 percent, but performance in real-world usage will vary.

Apple did not update the entry-level 13-inch MacBook Pro in 2018, which is why 2017 models serve as the previous-generation comparisons.

This article, "Base 2019 13-Inch MacBook Pro is Up to 83% Faster Than Previous Generation in Benchmarks" first appeared on MacRumors.com