The team behind Pixelmator Pro today released a major update for the photo editing app, introducing useful new capabilities that make it easier than ever to edit your photos.

There’s now a Pixelmator Pro editing extension for the built-in Photos app on the Mac, which includes all of the tools and features from the full Pixelmator Pro app. 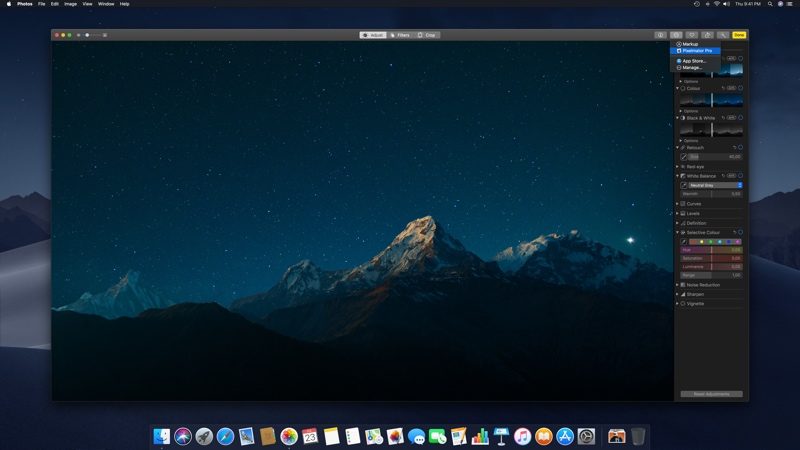 With the extension, you can make edits to your photos using the tools from Pixelmator Pro without having to leave the Photos app. This makes for a more streamlined editing workflow when you’re working with images stored within the Photos app.

Along with an editing extension for Photos, today’s Pixelmator Pro update adds a new Zoom Tool for zooming into and panning around images more easily. The Crop tool also now features a Delete mode, the ability to crop to custom pixel sizes, and redesigned crop presets.

Pixelmator Pro can be downloaded from the Mac App Store for $39.99. The update is free for existing customers. [Direct Link]