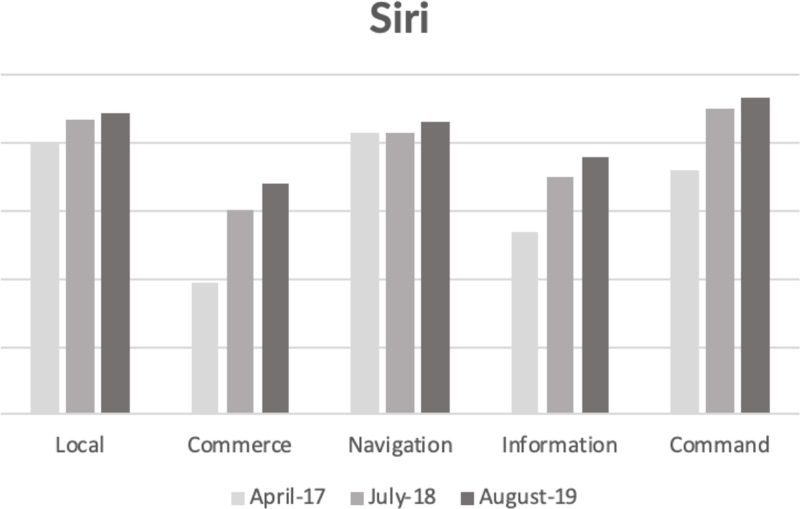 This test covered smartphones specifically, comparing iPhones and Android devices. Munster says that smartphones were isolated from smart speakers because while underlying technology is similar, “use cases vary.” Siri was tested on an iPhone running iOS 12.4, Google Assistant on a Pixel XL, and Alexa in the iOS app.

Questions were based on five categories and all assistants were asked the same 800 questions. Each question set was designed to “comprehensively test a digital assistant’s ability and utility.” Some of the sample questions across each of the categories: 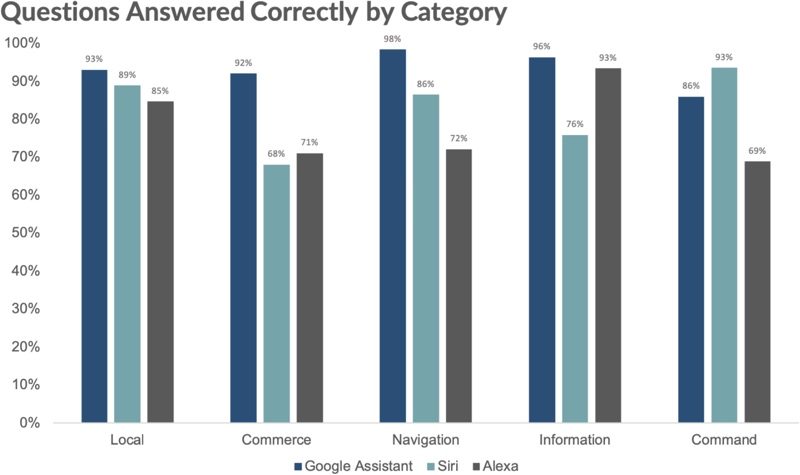 Siri continues to prove more useful with phone-related functions like calling, texting, emailing, calendar, and music. Both Siri and Google Assistant, which are baked into the OS of the phone, far outperformed Alexa in the Command section.

Munster says that the continued rate of improvement “continues to surprise” based on the notable improvements that each voice assistant has demonstrated over the course of the last few years.

In the future, Loup Ventures expects to see further improvements from extending the feature sets of each voice assistant.